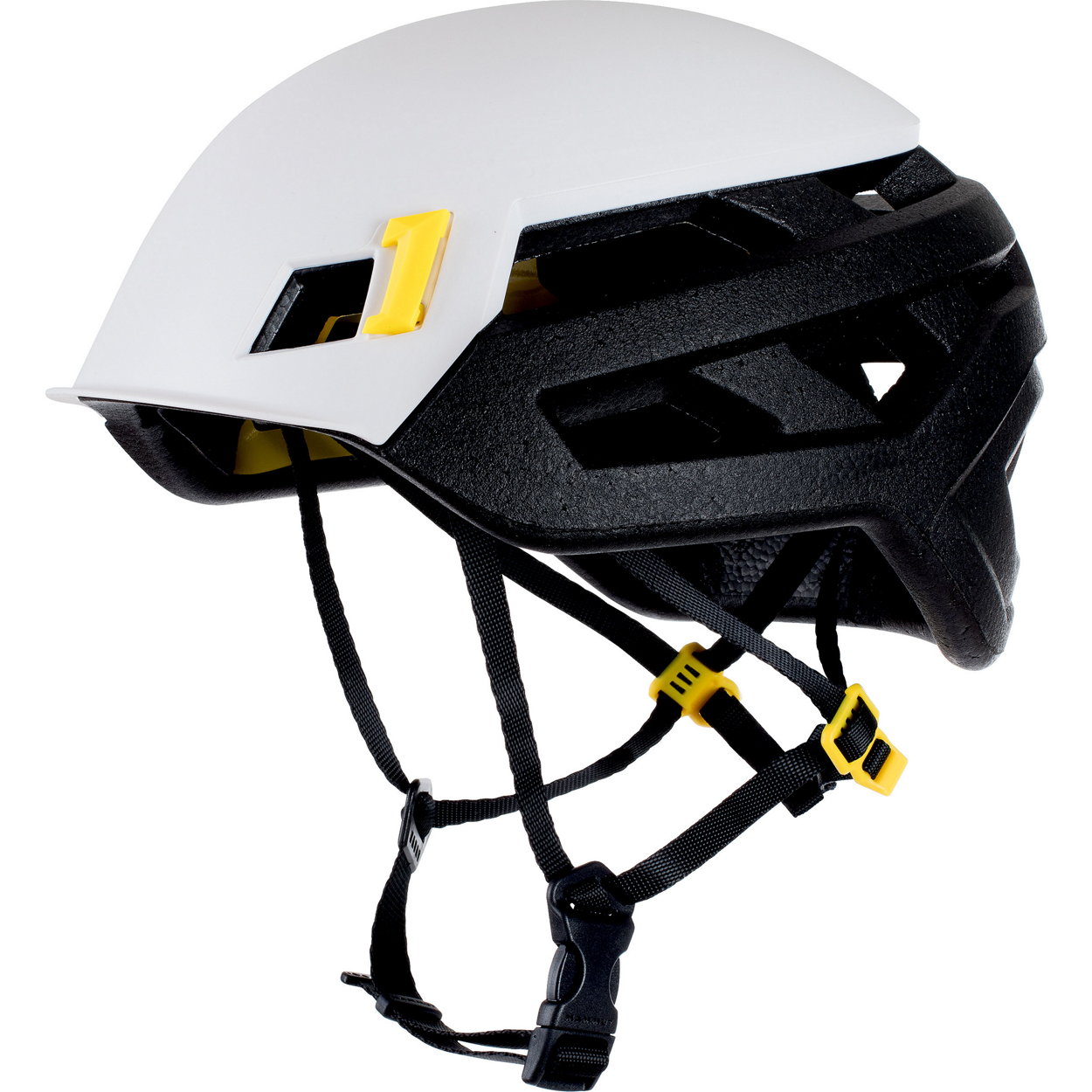 A pioneer among its peers: the first climbing helmet featuring the patented MIPS technology, the Mammut Wall Rider MIPS offers maximum safety and protection from impacts caused by tumbling rocks or falls. When the Wall Rider MIPS helmet is subjected to an angled impact, the low friction layer allows the helmet to slide relative to the head. This means that some portion of the rotational forces and energies acting on the head at impact are redirected and absorbed thanks to the large low-friction layer, rather than being transferred to the brain, reducing the risk of a brain injury.