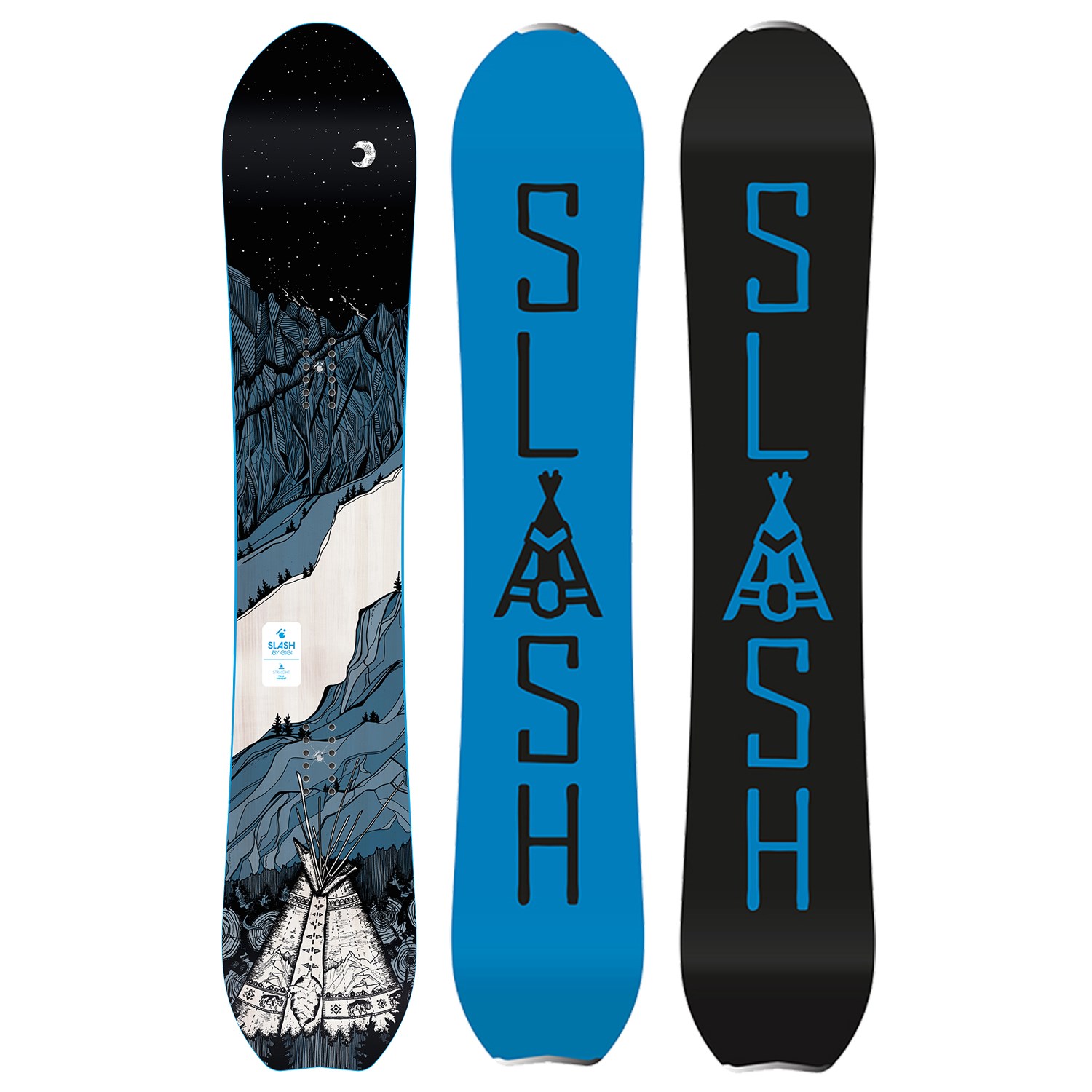 evo.com | Slash Snowboards > Some days you don't want to take it easy. If you're a fan of trucking straight down the hill making a beeline for the most pristine and beautiful snow lump you can find, only to annihilate it with an explosive heelside blaster, the Slash Straight Snowboard should be high on your list. This freeride- and pow-hungry board is among the most responsive in the Slash lineup, with a stiffer CamRock flex and a serious thing for speed. This board pairs well with an aggressive soundtrack and too much caffeine. Sintered HD Base 9000 The fastest and hardest sintered base on the market. It provides the most impact resistant surface available and its high-density molecular structure holds wax longer for sustained speeds. Forever Woodcore Constructed from four different lightweight wood species | Slash Straight Snowboard 2020