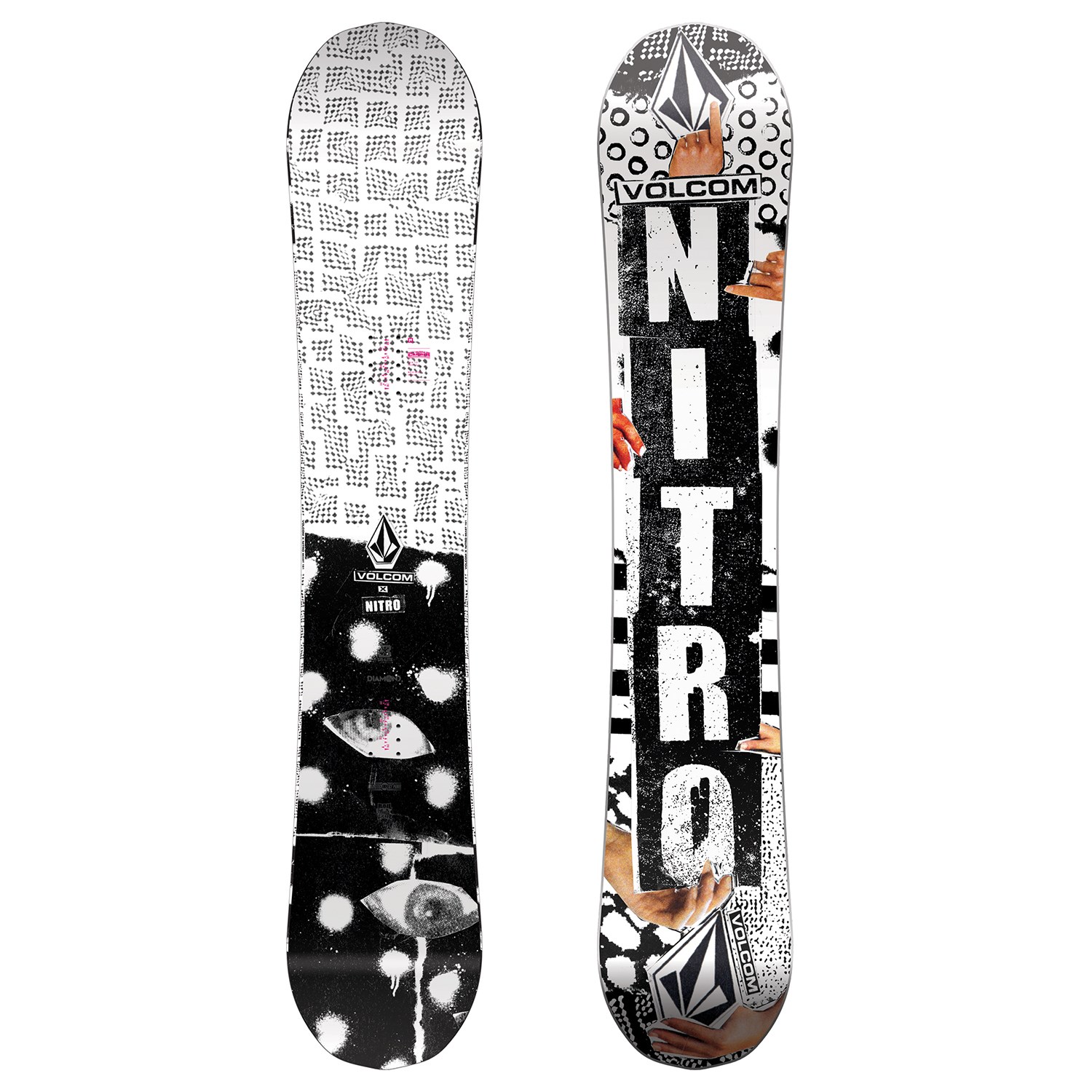 evo.com | Nitro Snowboards > Nitro and Volcom have been working together since the days of flip phones and Tamagotchi. With a decade of pow hunts, park laps, and road trips under their belts, it was only a matter of time before a snowboard was released to salute these years of camaraderie. The Nitro Beast x Volcom Snowboard features Nitro's TR | Nitro Beast x Volcom Snowboard 2020